A focus on fresh

For as long as he can remember, James Welliver has wanted to go into the restaurant business. After graduating from Fredericksburg High School, Welliver attended the New England Culinary Institute in New York before working at restaurants in New York City and New Jersey. In 2008, that dream came true when he took ownership of Buffalo Nickel Bar & Grill in downtown Fredericksburg. “Working in restaurants is all I wanted to do when I grew up,” he said. “I love being creative with food and I strive to make sure that the food I serve is quality.” Now in 2019, he has opened up his second restaurant, James Brothers.

As with Welliver’s Buffalo Nickel, James Brothers has a focus on making good food. “I like being creative with food, especially here. I want to be as local as I can,” Welliver said. “It’s good to support your neighbors and knowing your farmer, knowing where your food comes from equals better quality food.” James Brothers works with local food vendors to provide fresh ingredients that haven’t been shipped across the country. “I want to get the best ingredients I can. I want food that has only been at the market a short time, not something that was sent in truck across the country,” he said. Because of the focus on locally grown food, Welliver offers a limited menu, creating dishes with what he has on hand and what is in season. Staple items include a Reuben sandwich made with corned beef, sauerkraut, Roth Kase Grand Cru cheese and Russian dressing. Other sandwiches have fresh meats cut at Dutchman’s Market and fresh in-season vegetables. They also serve salads, soups and desserts. In addition to everyday menu items, the restaurant has a chalkboard menu which changes daily and varies with the season. Welliver serves beer and wine, hot teas and ciders and coffee from Austin Roasting Company. He also follows a more European model of service, including gratuity in the cost of his dishes.

In addition to serving meals during the lunch hour, Welliver can provide boxed lunches for business meetings, wine tours, small parties and other gatherings. He also hopes to transition into serving boxed dinners with spaghetti and meatballs.

James Brothers will hold an official grand opening celebration at 11 a.m. Friday, Dec. 13. The event will include a ribbon cutting with the Fredericksburg Chamber of Commerce as well as samples of menu items. Welliver also hopes to be a part of future First Friday Art Walks as the walls of the restaurant feature works from local artists.

Subscribe and see the e-Edition of the Fredericksburg Standard for the complete story. 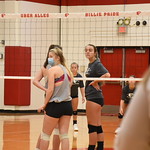 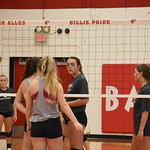